A host of household appliances including TVs, fridges, freezers and washing machines will be easier to repair after new EU laws were formally adopted on the 1st of October.
For the first time, manufacturers will be obliged to make their products easier to take apart and fix. Companies will also need to provide spare parts and instructions on how to perform repairs for any products they put on the market.

Along with TVs, fridges, freezers and washing machines, monitors, washer-dryers, dishwashers and lighting products are also included in the measures.

Stephane Arditi, policy manager for the circular economy with the EEB, said the new laws were the kind of innovation Europe requires: “Energy efficiency laws have already cut our energy bills and will continue to do so. Now, by also ensuring we get to use our products for longer, Europe can deliver further savings for people while cutting carbon emissions and waste.”

The laws’ adoption follows the release of report last week that found that extending the lifespan of washing machines by just five years would save the EU as much carbon emissions as taking half a million cars off the roads.

The new measures are part of the EU’s Ecodesign Directive, which removes the most wasteful products from the market, replacing them with models that do the same job with less energy and fewer resources.

Together with new energy labels adopted in March, new energy efficiency requirements will help the EU save an additional 140TWh of energy a year, which corresponds to 5% of the EU electricity consumption. For consumers and companies, this means €20 billion saved on energy bills.

Chloé Fayole, Programme and Strategy Director at ECOS, said the measures were a big step towards a more circular economy and that the European approach should inspire the rest of the world. She called for the law to be extended to other common electronics:

“We now expect EU decision makers to replicate this approach to many other products and notably electronic products such as smartphones and computers, to minimise their environmental impact.”

Ugo Vallauri, policy lead of the Restart Project and a member of the newly formed Right to Repair campaign in Europe agreed it was a step in the right direction:

“Next step will be to make spare parts and repair manuals available to all, not just professional repairers, and to extend repair provisions to many more products, starting with smartphones.”

Support Norwegian repairer Henrik Huseby in his battle with Apple 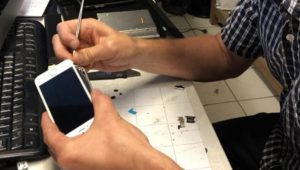 Learn about the climate cost of “disposable smartphones” 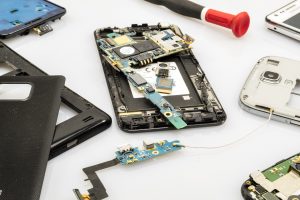 Read more about the study.